What is the truth? You may have heard it in TV or magazines that there is some truth that exists that is eternal and what not.

But in this blog post I want to dispel all the mystery that exists in this spiritual seeking.

But first I want to explain why I am eligible for this. I have tried meditation for one year, gone deep in it, overdid it and become familiar with different schools of thought in India. I may not be someone who has a big following but I have insight that I invite you to ridicule and debate upon.

So what is this truth matter? Why do people care about it? What is the reason people go crazy for it that they sacrifice their comfortable rich life for living in a cave all alone?

So I have told you the mystery behind truth. It is nothing else. Truth/God/Spirit all the same thing. It is that shift in consciousness that creates truth.

Now what do you get when you have that shift in consciousness is something I don’t know much about. Because I am not enlightened. But it is something I feel is important.

Also another important question is how do you stop running after “things”? And the answer is equally confusing. You stop running but stopping running. But if you try to do it, you have already failed.

So I hope you got something out of this blog post. This is something I am deeply passionate about. If you want to know more about this topic then message me in facebook messager (Anirban Saren). Thank you for stopping by.

How I found Ship of Theseus

I was scrolling through twitter and I can across a tweet about this movie that many people were talking about. So I thought I would watch it. The movie’s name is Ship of Theseus. It is a bollywood movie, more like a feature film, and a talked about “spiritual movie”, which I think it is not.

After I watch the movie, the felt a release of all the emotions that I felt during the period I was watching the movie for. I felt angry, stupid, foolish, happy, inspired, disappointed, and many other emotions. But they I realised that the movie was very intellectualized and some parts seemed too shallow. So I let go of my emotions and a few judgements.

Here is my review comment on youtube.com for the movie Ship of Theseus-
“I like this movie. It’s not a masterpiece though. I hated it when the monk said I am not ready to die. I hated it when the grandma told that life is vast but she just intellectualized it. I hated it when the blind girl just sat on the river stuff and looked happy. It seems so utterly stupid. Just fake imagery. But then at the end of the movie they all came together and they watched the documentary which I think I stupid too. But what I loved is that there was a simplicity and mundanenes that is often missing in the box office blockbuster movies. I hated the story because it is just a rumination of someone who thinks about spirituality and is not really conscious of the difference between what looks spiritual and what is spiritual. But I loved the mundaneness of the movie. That’s it. I also think the movie could be much better if it had a more inspirational story. Just trying to make it look spiritual is just plain waste of time. And in the movie spirituality is strongly intellectualized. If the monk would have died as a testament to the idea of anti-animal-slaughtery, it would have been more interesting and inspiring. Thinking about why thinking and mental masturbation is pointless is also a thought, which is just an excuse for not unholding the truth. Socrates’ death is way truer than the fakeness of this movie’s story. Overall it is a likeable movie.”

I would make a more concise review in the future because I would need to watch the movie multiple times to review it in more details.

So what is my suggestion for you?
I would suggest that you watch it and not get attached to your judgements and just observe your reactions. It is important not to be biased. So go watch it here- https://youtu.be/zuQYlgL73o0

Beliefs : The Earth Is Not A Sphere

Do you hold beliefs like the world is a sphere?

If yes then congrats. You have correctly learnt this belief that is although scientifically proven is still only a belief.

What you need to understand that this belief is not real. It is just a belief, a thought that someone else handed to you.

If you are honest with yourself, you will understand that to really live a full life, you need to disregard beliefs are live from experience.

Experience is more important than beliefs. It is not enough to just belief someone else’s words. For example, if you really distinguish between stuff that you genuinely experienced in life and stuff that you believe, then you will find out that most of what you hold true, is only just a belief.

Watch the video and comment what you think about beliefs.

They are false, not real, even if they are scientifically backed, if you don’t experience its truth then it is still just a figment of your imagination, a belief.

Belief is a strong thought pattern that has emotional charge to it and it governs your worldview, actions, emotions, thoughts, speech, relations.

Most self-help schools think that changing your beliefs is enough to achieve success, but they don’t tell you that the happiness that you truly want cannot be had by changing your beliefs but by being present and annihilating them. It is also common for people to fight over their ideologies and dogma because they are personally identified with them. They think their beliefs are the truth. Most of the time they are about God. Although most people don’t have an experience of God, they will go to great heights to defend their ideas about God. But that just shows how identified they are with their ideas. They also consider them to be the truth.

The solution is not to fight with counter beliefs, which is what philosophy does, but to annihilate them by being present.

Being present is what will lead to real happiness and freedom from thoughts. It is the only way to ensure that we don’t hold beliefs are real. To do this we need to practice being present. But that topic is for another blog post.

Right now we need to realize that no belief is real. I already gave you the example of the earth being a sphere as a belief. But there are more of them that need to be looked at and annihilated with your conscious presence.

So watch this video to listen to my story and then comment here what you think beliefs really are?

We know that when we walk on a dark path and step on a rope, we would think that we stepped on a snake. Although it is an illusion, it shows us that the mind creates meaning that is not true.

The mind is a meaning creation machine. It is also about you and how you are related to the world. Without the mind there will be no beliefs, thoughts or religion.

The mind has both positive and negative features. But it’s all about how we use the mind. If we use the “bad” features for constructive things, they become less “bad”.

Let’s dive into the 3 interesting things about the mind:

There are my key ideas on the mind and why we should not be limited by the mind.

If you liked this blog post, please share and comment, what is the most memorable experience that you had in life that is beyond the mind?

I know that a pandemic lockdown comes with many benefits and demerits but it can also be good for the mind and soul. When we don’t have to travel or socialize, a lot of time is created in our day and we often don’t know how to pass time. Many people watch netflix and youtube but it is not always preferred. So some people will be left with spare time thinking about life and soul searching.

I will give you a few ways to soul-search.

First of all, we realize that we have been trying to cover our daily routine with a lot of work and even menial work but when we have no travelling and socializing to do, we become confused about what to do with our spare time. We need to realize that we could use the spare time to self-reflect and introspect and not just cover it up with Netflix.

So let’s start. These are the ways to soul-search-

I can go on with this but that would be a variation and combination about the previous points. So it is not necessary. These are my 5 ways to use a lockdown to soul-search. 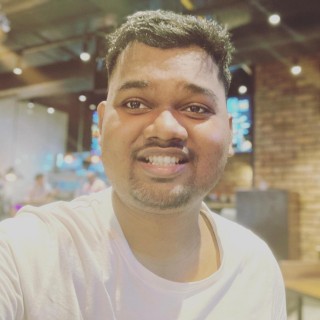 I am a human being, Adivasi, student of life, T-shirt store owner, love to make videos and blogs, read and still in the making.